A Practical Guide to Achieving

With a recent report from Genpact finding that 54 per cent of senior executives expect to use AI to transform processes by 2021, it’s clear that a technology, only recently the preserve of tech pioneers, is quickly going mainstream. This means the pressure is on insurers to get to grips with AI in order to stay relevant in a rapidly changing world. The good news, according to panellists on the recent Insurance Innovators TV panel A Practical Guide to Achieving AI Excellence in Insurance, is that many insurers are already deploying the technology to secure early wins.

“At the moment we are observing the greatest impact in our core processes of claims and underwriting,” said Dr. Gemma Garriga, Global Head of AI & Advanced Business Analytics at Allianz Group. “We are using AI for fraud detection to achieve real-time claims processing, which was not possible before, and in underwriting we can assess risk much better so we can in real-time offer policies.”

For Simon Jones, Lead Data Scientist at Ingenie, fraud detection has seen the most impressive results to date. “Large amounts of historic data can be mined in order to identify anomalies that are flagged up for human beings to look at and that’s being integrated into the existing business models very effectively.” 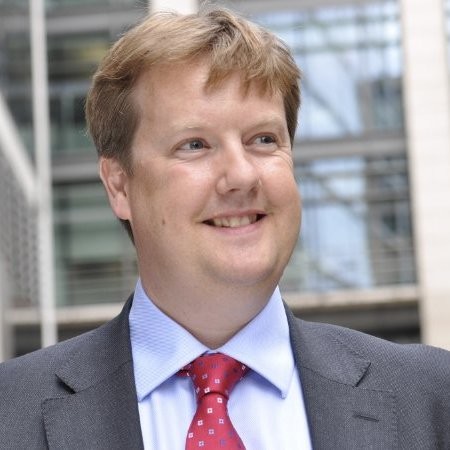 “We can have interactions with the customer now that are much more targeted, specific and deep and are able to tailor products and services in a much more granular way for specific situations.”

It’s not just behind the scenes that AI is having an impact. Alex Plenty, VP, Data and Analytics Service Line Lead – Europe at Genpact, pointed out that AI enables interactions with customers to be finely calibrated for greater impact. “We can have interactions with the customer now that are much more targeted, specific and deep and we’re able to tailor products and services in a much more granular way for specific situations,” he said.

This is just the beginning, however. “If we’re being entirely honest, we are only scratching the surface at the moment,” said Edosa Odaro, Head of Data Services at AXA. “There’s huge scope for more exciting things to come.” 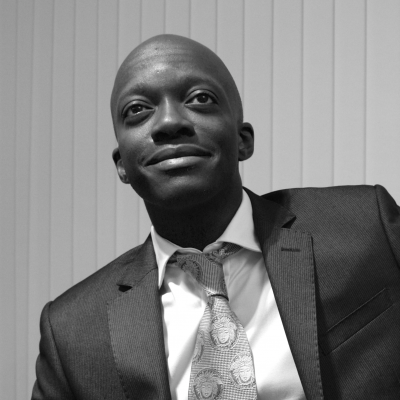 “If we’re being entirely honest, we are only scratching the surface at the moment. There’s huge scope for more exciting things to come.”

Even the baby steps taken to date are starting to impress, however, signalling the potential yet to come. Alex Plenty highlighted one of Genpact’s clients, one of the world’s largest reinsurance providers, which found its underwriters were swamped with work and thus missing key metrics. “We helped them by implementing some AI techniques around natural language processing to look at submissions and segment them based on their attractiveness to the business and prioritise those for underwriting and investigation, which otherwise they would have missed,” said Plenty. “As a result, they were able to improve key metrics for that business.” 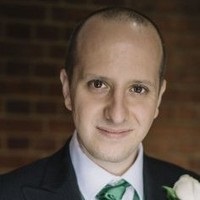 “A lot of companies will rise and fall as a result of AI coming into the industry and disrupting it.”

Insurtech has been at the forefront of pushing the possibilities of the technology. “Some start-ups are where you see the most effective applications of AI,” said Simon Jones of Ingenie, showcasing the work of Flock, a start-up that uses advanced machine learning algorithms and real-time data to provide usage-based insurance for drone pilots.

Whether a large incumbent or a nimble start-up, however, it is your success at AI implementation that will determine future success. “This is what will determine your market position in the future,” said Simon Jones. “A lot of companies will rise and fall as a result of AI coming into the industry and disrupting it.”

The panellists believe there is huge scope for AI technologies to transform the customer experience. “There’s the potential to take friction out of the interaction, particularly those moments when you really need your insurer to be there for you,” said Edosa Odaro of AXA. “When you’ve suffered a loss and you’re in distress, we can use AI to resolve those situations, so you don’t have to sit on the phone and wait for a response but we can book you an Uber or get a drone over to inspect the car and get that claim sorted as soon as possible.”

Dr. Gemma Garriga of Allianz Group agreed that AI can “massively enhance” the customer experience. “When we analyse data around touchpoints, we see the customer wants simple products they can understand, services that are quick and they want to recover from a loss as soon as possible,” she said. “AI helps with all these areas, from understanding customer needs through behavioural data and then pre-packaging the products a certain person will need. We can do claims instantly, even using drones to take photos and file the claim before the person themselves has even had time to file the claim.”

The data scientist is key to delivering AI project but they need to be managed with care or the value of their skills won’t be realised.

“You need a data team that’s multi-disciplinary, and it’s going to involve data scientists and people with complementary skills so they can escape the lab trap.”

“Don’t just hire data scientists because that’s what you’ve heard you should be doing, stick them in a corner without any support for a long time and hope that results in some kind of magic,” cautioned Simon Jones of Ingenie, who said it was a route to disappointment. “You need a data team that’s multi-disciplinary, and it’s going to involve data scientists and people with complementary skills so they can escape the lab trap and take their models live.”

“You need to be clear up front about how you are going to justify what this model is going to do and as things evolve how you will continue to make sure you can still justify it.”

Edosa Odaro of AXA agreed. “AI is useless unless it goes into production and starts to deliver value,” he said, stressing this transition doesn’t happen with data scientists alone. “You want engineers, you want operational people, you want analysts and you want people who make it all come together.”

This all takes a lot of planning and forethought, including scrutiny of how projects will be monitored and audited. “You need to be clear up front about how you are going to justify what this model is going to do and as things evolve how you will continue to make sure you can still justify it and make sure you have all those checks and balances in place,” said Alex Plenty of Genpact.

Simon Jones agreed a lot of work is needed upfront. “You can’t just blunder into it,” he said. “You have to think very carefully about how will this go on, how it’s going to be revisited, maintained and audited. Otherwise you are just going to tuck it into a corner, ashamed of how much money you have spent on it.” 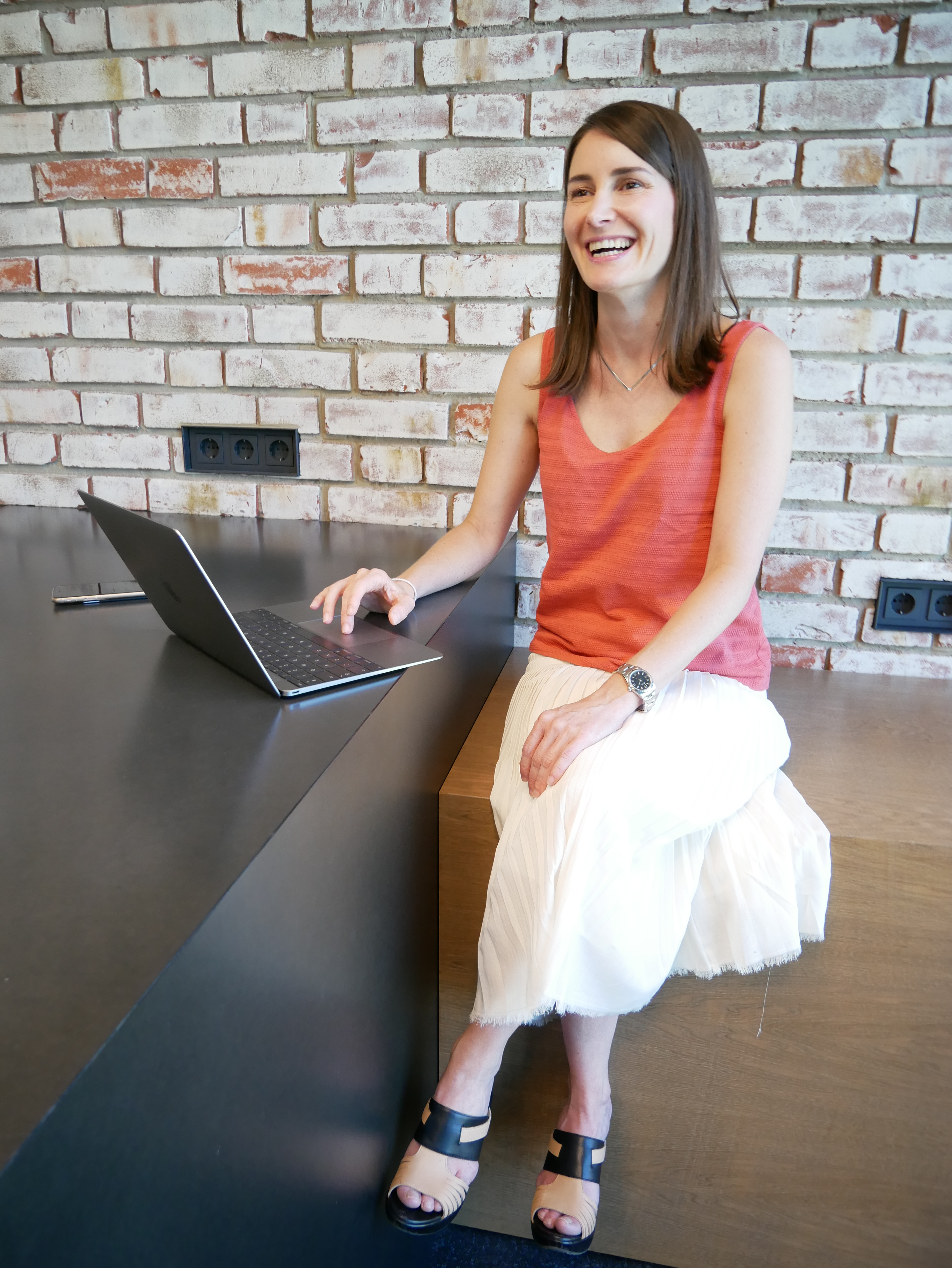 “There’s no perfect plan, you have to be nimble.”

As always, however, it’s impossible to detail everything at the beginning. “You need to keep agile and change when things don’t work or when new data sources get added,” said Dr. Gemma Garriga of Allianz Group. “There’s no perfect plan, you have to be nimble.”

The outputs of advanced algorithms are, of course, only as good as the data they feed on. “It’s the age-old problem,” acknowledged Edosa Odaro of AXA. He highlighted, however, the emergent concept of connected silos. “A lot of people think of data all in one place but actually it’s about having access to what I want, when I need it, and having the right tools to manipulate the data,” he said. “Regardless of whether the data is physically in one place, it’s actually a logical concept about how you interact with all of that data and access it.”

Another data issue is that of bias. “It requires you to be open minded to the possibility it exists,” said Simon Jones. “The hard thing with bias is you might not be aware that it exists in your data set and this is where the human element really comes in. It’s the job of the data team to be aware of this and whether it should be corrected by some adjustment or whether you need additional data.”

It’s also essential to get the software engineering element right so that the company can maximise the value of new data sources, such as the Internet of Things. “There are brand new data sources that can’t be handled by the type of models that the industry is used to using but if they are passed through the right model then you can plug it into your pricing model or use it to automate a particular process,” said Simon Jones of Ingenie.

Towards an AI future

Looking ahead, Edosa Odaro of AXA said he will be terribly disappointed if in ten years’ time the industry doesn’t look very different. “It’s an exciting time,” he said. “The Internet of Things means there’s a huge opportunity to remove friction and rethink the insurance model.”

“Do not miss the opportunity to learn as you go, harvest what you can from each failure and how that will be used in the next iteration.”

Realising this opportunity will require insurers to set out a vision of what success looks like, said Alex Plenty of Genpact. “Do not miss the opportunity to learn as you go, harvest what you can from each failure and how that will be used in the next iteration,” he said. “And look at velocity, which in agile terms is a very good measure of value at each iteration. If you are getting more throughput of ideas coming through, or value delivered or output per data integration piece of code because of the re-use, learning and upskilling within the team then you should see those numbers ticking up and that’s your measure of real success.”

Multi-disciplinary teams focused on business outcomes, connected silos and a framework that flexes while ensuring careful governance: these, our panellists seem to agree, are the key ingredients towards the AI-powered insurer of the future.

Watch the full on-demand recording of the discussion here.

ABOUT OUR WEBINAR PARTNER

WEBINAR PRODUCED IN PARTNERSHIP WITH

Genpact (NYSE: G) is a global professional services firm that makes business transformation real. We drive digital-led innovation and digitally-enabled intelligent operations for our clients, guided by our experience running thousands of processes primarily for Global Fortune 500 companies. From New York to New Delhi and more than 25 countries in between, we connect every dot, reimagine every process, and reinvent companies’ ways of working. Transformation happens here.