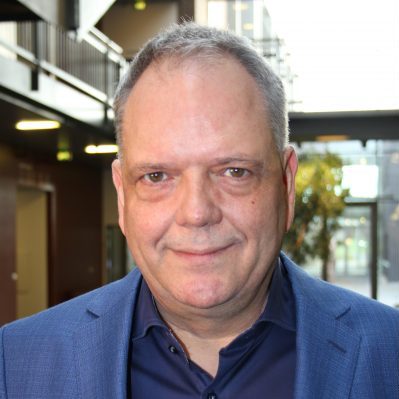 “Without the right technical infrastructure, you can’t scale AI“

Stig Pedersen gave an exclusive interview to Insurance Innovators which delves into the AI in insurance. Read below to find out how AI is being applied in the industry right now, how it’s expected to evolve, the challenge of integration and what insurers must do to prepare for the future applications of AI.

Where do you see the greatest potential for applying AI in the insurance industry right now? And how do you expect this to evolve over the next 5 years?

S.P. The greatest potential for AI in the insurance industry right now is, in my opinion, within claims handling. The reason for this is, that relevant data is accessible and customer intents are identifiable. This gives a good basis for developing algorithms that are automating claims assessment.

Second in potential for AI is natural language interactions with customers via chatbots with backend integrations. Thereby customers can get personalized answers to their requests. So, there is currently a transition from simple FAQ bots to personalised bot advisors.

In the next 5 years I would expect all leading insurers have automated 30-50% of their processes using combinations of logical and algorithmic machines. This will give much better customer experiences and of course add new parameters to competition within the industry.

What would you say are the biggest challenges of integrating AI within the wider business?

S.P. Most insurers have large amounts of data that is essential to creating algorithms. So, the basis for an extensive use of AI within the Insurance industry is in place. The main challenge is to make data accessible in order to let algorithms make assessments and automate decisions in real time.

What must insurers do now to prepare for the future applications of AI?

S.P. Presuming you have sufficient data and skilled in-house data scientists the issue is not developing algorithms. So, the best way of preparing for the future is establishing data lake environments where data are managed and can be streamed and merged to algorithms in order to be able to give real time predictions.

This may sound mundane, but without the right technical infrastructure you can’t scale AI.

What has been most transformational from Topdanmark’s perspective?

S.P. The most transformational from Topdanmark’s perspective was when we a few years ago presented our first in-house proofs that algorithms can handle unstructured texts and images and thereby enabling us to automate or support decisions in domains that until recently was thought restricted to humans only.

Finally, is there an ‘AI myth’ that you would like to debunk?

S.P. I think the public debate often confuses what is called General AI, ie. intelligence that is similar to humans, with what is technically possible today.

Today it is possible to develop algorithms that are aimed at solving one specific problem at a time. Multiple algorithms can then be combined to solve problems in succession or in parallel. So, in some instances the use of algorithms may appear like intelligence to non-experts. It is however not intelligence that can be compared to humans, in the least not yet. The large EU based research programme called ‘The Human Brain Project’ might be a candidate to eventually solve this.